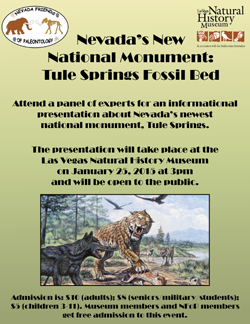 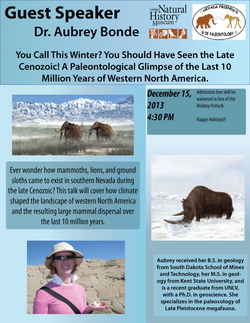 You Call This Winter?  You Should Have Seen the Late Cenozoic!  A Paleontological Glimpse of the Last 10 Million Years of Western North America.
December 15, 2013
4:30 p.m.

Join us for Dr. Aubrey Bonde's talk about climate change during the Cenozoic.  Afterwards, join us for a potluck-style Holiday Party! 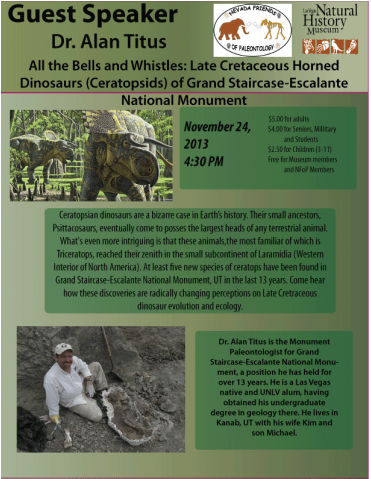 Join us for Utah BLM paleontologist Alan Titus' talk on the various species of horned dinosaurs that have been found in Grand Staircase-Escalante.  He will have a lively discussion on the evolution and ecology of these prehistoric creatures. 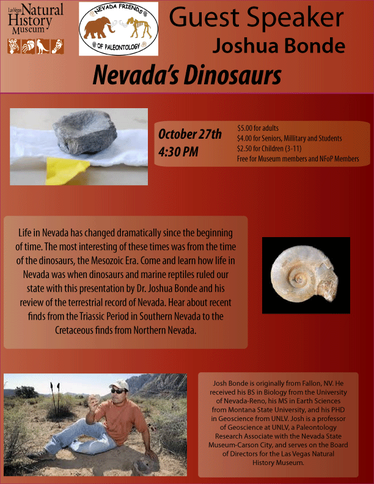 Join us as Dr. Joshua Bonde discusses prehistoric life in Nevada during the Age of the Dinosaurs.  He will discuss current finds in both northern and southern Nevada, including the find at Spring Mountain Ranch State Park.